Friday Night Funkin’ VS Celestia is a new MOD for FNF which includes a new week with 3 new songs, in which BF will face a member of the staff of a film set. All the action of the MOD takes place on a film set, and the design style of both Celestia and the background are different from what we usually see (it is a style that does not resemble much to the original style of the game and other MODs). 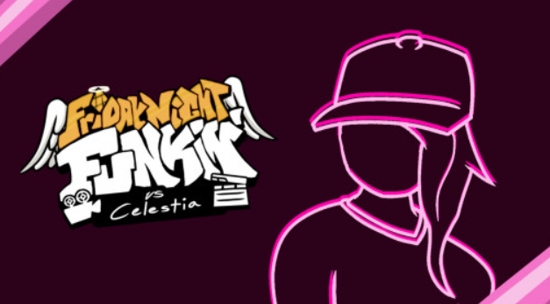 The original FNF VS Celestia week includes a total of 3 songs, but if you beat the whole week you can access a bonus song in the Freeplay menu. The MOD songs are generally harder than average to beat, especially the third song and the bonus song (which is extremely difficult, though not as difficult as the hardest MODs available).

One of the MOD’s peculiarities comes in its third song, in which Celestia will go flying all over the screen in the style of a unique MOd in the game: VS Shaggy. These are the only two famous MODs where the character moves this way. It’s far from a Tier S, but it can easily be placed between Tier B and last month’s A.

New features of FNF VS Celestia

Latest updates for FNF VS Celestia