Friday Night Funkin’ VS Ruria is a new MOD for FNF that includes a new week for the game that stands out for its quality and for the new elements it introduces in the game (and how it introduces them). Although we only have the DEMO version available for now, tonight will be the full release of the Full Week version during Funkin’ Forward, an event you shouldn’t miss. 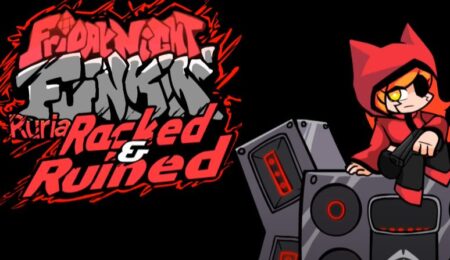 In FNF VS Ruria you can enjoy 4 new original songs that stand out for the quality of the music, and that have a medium/high difficulty in general, especially the last ones. Anyway, we’ll have to wait for tonight’s release to be able to access and see all the full content of the MOD, even though an official list of features has already been confirmed. One of my favorite details in the MOD are the new mechanics for the notes and the new snow vision mechanic.

The artistic part of VS Ruria FNF MOD is not far behind, since apart from the new skin of Ruria, it includes very interesting backgrounds in which we can find, for example, with known characters like Ruv. It also includes the Minus versions of BF and GF, among many other new features. Overall, it is a very complete MOD that will soon become known among the community.