Friday Night Funkin’: VS Older Bro (A Problem Between Brothers) is a new MOD for FNF in which we will face another family member of BF, in this case his real big brother. In recent weeks we could already enjoy FNF VS Big Brother, and it could be said that this new MOD has managed to offer a quality option that has nothing to envy. 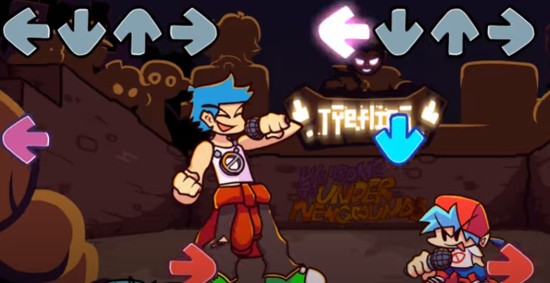 The new week of FNF VS Older Bro consists of 4 songs, which from the beginning has a higher difficulty than usual, and which stand out for their electronic style. Each of the confrontations has its own little peculiarities, with the first one being in BF’s house, and the next 3 in a nightclub (but in each one there will also be slight details that change).

It’s not an easy MOD to beat at all (in HARD level I mean, of course), but it has a good reason: If you beat the official week you can access Bruhmument, a bonus song full of memes and references to other songs, which is undoubtedly the highlight of the MOD (and that the others are quite interesting).

FNF: A Problem Between Brothers is undoubtedly one of the best releases of recent weeks, with a total of 5 new clashes accompanied by new dialogues (which also contain interesting references) and new backgrounds of good quality. In addition, the Older Brother skin looks perfect in FNF.

Latest updates to VS Older Bro