Sarvente’s Midnight Masses is a MOD for Friday Night Funkin’ (FNF) that brings us a new full week in which we will face Sarvente, Ruv, Selever and Casanova, in a total of 5 different songs. Downloading and installing this MOD will give you access to new unpublished content for the game that will surprise you with its quality. 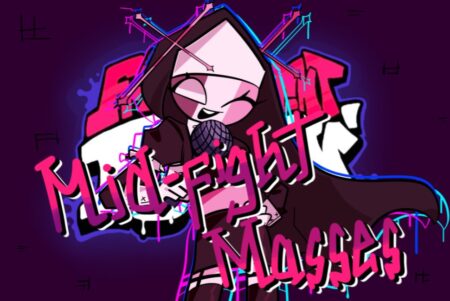 In Sarvente’s Midnight Masses FNF MOD we will have 3 new songs with completely renewed scores. Best of all, each one has its own custom background, depending on the mood of the song that is playing. In addition to this, new dialogues and cut scenes have been added to set the whole story even more around the MOD theme.

In the end, all FNF players love this kind of FNF MODs that add new weeks to the game, with new opponents and songs to test. Sarvente’s Midnight Masses is part of that group of “must-have” MODs for FNF today, despite being relatively new.

New Update 1.4 – In this new update we have included two new characters and two new songs, which follow the same artistic line of the previous MOD stages. In addition, we have proceeded to a rechart of all the songs of the MOD, keeping the old charts in FreePlay mode for those who prefer it. A new engine has also been included, which makes the gameplay of the MOD more comfortable.