Download FNF Skeleton Bros VS Chara, Sans & Papyrus – New MOD for Friday Night Funkin’ that presents one of the great releases of this year 2022. And is that FNF Skeleton Bros, brings us a new musical adventure in which we will embody both BF, and some other surprise character, and where we will face a multitude of enemies, some of them already known as Sans or Chara, and others unpublished until now. Musically it is a spectacular MOD, with some very funny songs and an overwhelming musical repertoire, where we will have a lot of playable hours.  Regarding the graphic and visual section of the MOD we have great qualities to highlight as the Skins, Backgrounds, but undoubtedly what stands out above all are the animated Cutscenes. 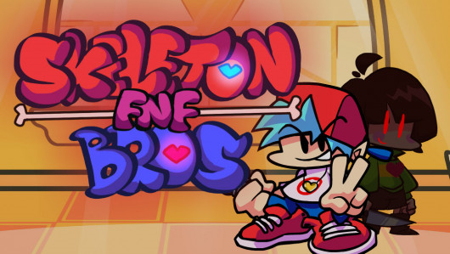