Friday Night Funkin’ VS Isaac (Full Week Update) is a new MOD for FNF in which we can face the mythical protagonist of The Binding Of Isaac, in what will be a new week for the game. For now this MOD is in DEMO version, so it only offers a small sneak-peak of what will be its full week (and it looks very very good). 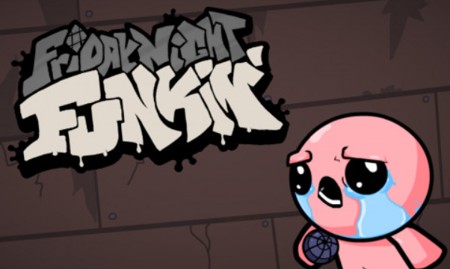 In VS Isaac we can enjoy for now only one song, but it has a tremendous quality that shows that this MOD can give much to talk about when the Full Week version appears. What I like most about the song is that it is not linear at all, and has slow and easy sections, and more difficult sections that even have movement of the charts (and that’s only the first song). Another aspect to highlight is Isaac’s skin, which could not be better designed for FNF.

It is worth mentioning that at the end of this first confrontation we will be able to see a small trailer of what will be the final evolution of Isaac (or one of them). Best of all, Isaac could take many, many different forms, as many as there are in the original The Binding Of Isaac, and that could lead to a rather peculiar MOD.

FULL WEEK UPDATE! – VS Isaac already has all its content, having added 2 new songs in the last update, which complete the MOD and bring us quite interesting news. Apart from being able to meet the final version of Isaac, in this new update we can enjoy a new mode for the last song, in which we will not know what our score is and therefore, we will not know if we are close to die or not.