Download FNF Ron ERECT Mix – New MOD for Friday Night Funkin’ that offers a new version of ERECT Remix in which we will have Ron as the protagonist. This is a MOD created with the aim of celebrating the first anniversary of Bob’s Onslaught. 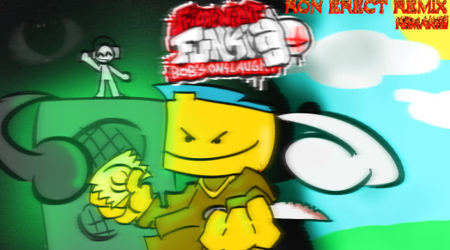 It is a MOD with a new remix of the most animated that offers graphic elements of the Erect style. We will have an Erect skin for both BF and Ron, as well as a customized background with the characteristic colors of this theme. Throughout the song we will enjoy a quite high musical challenge in which the nice animations of Ron to the rhythm of the music stand out.