Friday Night Funkin’ Rewritten is a new engine for FNF that focuses on improving the game in different aspects, to offer better features for the player. It is undoubtedly one of the best engines that exist for FNF, although the best known has always been Kade Engine. FNF Rewritten counts for now with 4 of the 6 original weeks of the game, since they have to be redesigned to adapt to the new Engine. 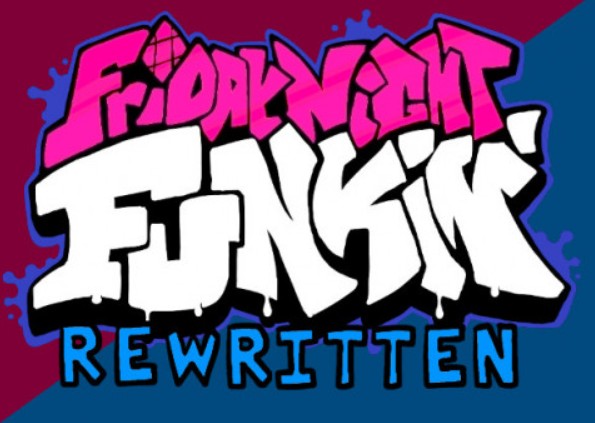 This Engine achieves very good results as far as performance improvement is concerned, as it can run using just 500MB of RAM, which is a big difference compared to the original Engine. Overall, it is a very good option for those who can’t play the game comfortably, as FNF Rewritten probably does allow you to play smoothly the 4 weeks it has. In addition, it is compatible with Windows x32.

This new Engine retouches many other details, being the improvement of the full-screen mode one of the most remarkable. Undoubtedly, FNF Rewritten is a highly recommended Engine for FNF, especially if you are looking for improvements in terms of game performance (since in terms of gameplay there are better ones).

Update v1.0.0 (Official Release) – Finally this engine comes out of its beta phase, with the great news that new support for Nintendo Switch has been included! The links have been updated with the new versions of this fantastic Engine.