My Funkin’ Monsters FNF MOD is a special version of Friday Night Funkin’ which is inspired by My Singing Monsters to bring 3 new characters to the game: Furcorn, Mammott and Pom Pom. My Funkin’ Monsters contains a new week in which we will face each of them separately. 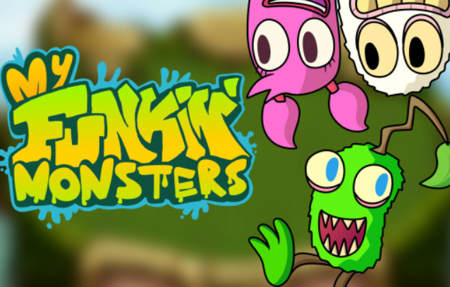 The artistic part of the MOD is very complete, as it contains 3 new skins of quite high quality, and 3 different backgrounds full of even more characters. Each of the confrontations has a different touch, thanks to the fact that the atmosphere changes along with the characters and the music.

In general, My Funkin’ Monsters is a very complete MOD that you can download even if you have no idea who My Singing Monsters are, since it has an enviable level of quality in its content, which many others would like to have in their MODs. Do not hesitate and try it, you will not regret it.

Latest updates for My Funkin’ Monsters