Golf Minigame FNF MOD is a new modified version of Friday Night Funkin’ which incorporates a new golf minigame inside FNF, in a new week in which we can enjoy 2 new songs. Downloading and installing this MOD will give you access to a new way to play FNF (although it must be said that beyond curiosity, this MOD does not offer much more). 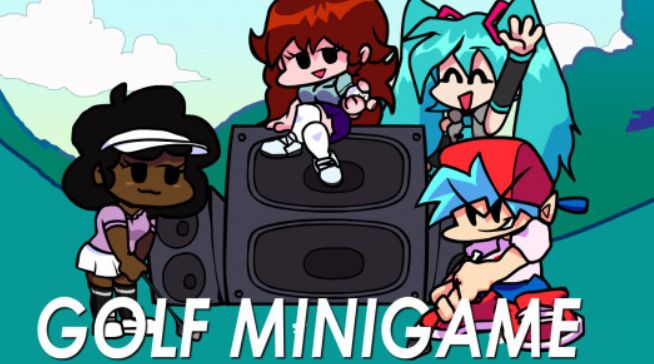 The gameplay style of the new Golf mini-game makes us use certain arrows in a rhythmic way to throw the ball into the hole. If we hit at the exact moment, the ball will go in, and it will be a successful score. It’s a bit of a strange concept since we don’t see the note coming, and we have to be guided only by the rhythm of the voice that tells us when we have to press the key. We will simply have to imitate our opponent in the movements she makes.

In the second song of the week of this MOD we will be able to enjoy another quite curious novelty, an ft. with Miku, who will also participate in the song as it goes on. Overall, it is a very creative idea that offers something totally different from what we have seen so far in Friday Night Funkin’, but it must improve and add new content to make the minigame a real challenge and fun. Anyway, it is a highly recommended MOD since, as we have commented, it offers something very different from what we are used to.

How to install Golf Minigame ft. Miku on FNF

This MOD does not require you to install it. You just need to unzip the file you downloaded and open the executable file containing the MOD file folder.