Friday Night Fever (VS Fever Town) is a new complete REMAKE of FNF that offers us 6 complete new weeks of FNF, which contain more than 20 new original songs for the game. You could say that playing FNF VS Fever Town is like playing a whole new Rythm Game, with its own new story and its own style. It’s a very interesting release that ranks right up there with the best complete rehauls of the game. 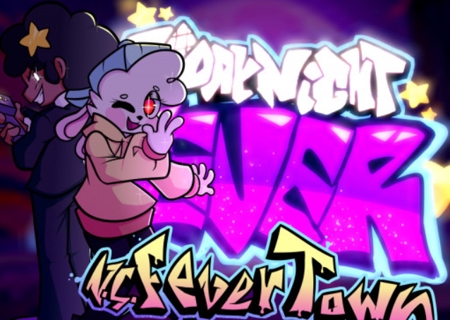 In FNF Fever Town you can enjoy a huge amount of content, which makes the game a completely different one (although it is still FNF). Everything is changed, from BF, who in this MOD is the Major of Fever Town, to the characters in the game, as they have all been replaced. Each of the weeks it adds to the game features new original songs, a new character and a new background. In addition to this, all weeks are accompanied by cinematics and dialogues that will allow us to follow the thread of the story.

Friday Night Fever MOD also contains numerous retouched details to improve the game. In addition to including Kade Engine, which in itself is a substantial improvement, it also has new menus and a new system for dialogues.

It is undoubtedly the first MOD to add to the list of the best August MODs for FNF. There are very few remakes of the game that have reached this level of quality and quantity of content (the MOD adds a total of 1.5 hours of new gameplay). These are some of the best rehauls of the game at the level of this MOD:

Latest updates to the MOD