Friday Night Shootin’ (VS Nene & VS Piconjo) is a new MOD for Friday Night Funkin’ (FNF) focused on renewing all the weeks of the game, introducing Pico as the main character of the new adventure. Downloading and installing this MOD will give you access to a small preview of what will eventually be the full MOD. 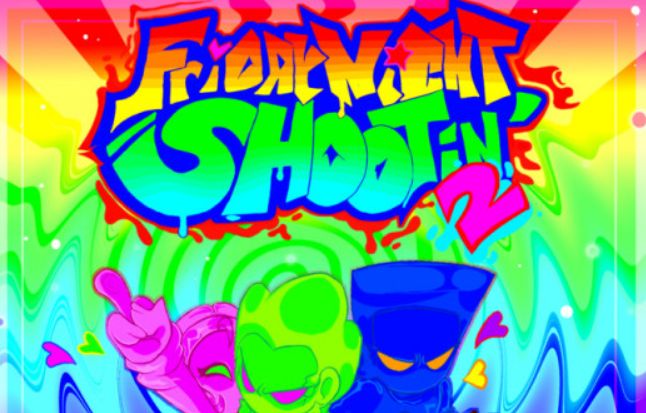 Friday Night Shootin’ is inspired by the characters of Pico’s School to bring new characters to Pico’s new adventure in FNF. For the moment it has only 1 week ready, in which we will face Nene, including 3 new songs. This new opponent comes with a background that changes as we advance stages, which adds a lot of atmosphere to the MOD.

If all the weeks of the MOD end up being like the first week, we are sure that this FNF Shootin will become one of the most popular MODs of the game, as the quality is at the height of very few.

Update V2.0 VS Piconjo (5/24/2021) – Finally the second week of Friday Night Shootin’: VS Piconjo has been released, in which we will be able to face a new opponent in 3 new songs. The truth is that it has fulfilled the expectations, and it has been a quite enjoyable and entertaining second week, highlighting the “epic” style of the songs of the week VS Piconjo. Now we just have to wait for the third week of the MOD to be published.

We keep a mirror of the first version of the MOD if anyone wants it for anything.

How to install Friday Night Shootin’ in FNF

As is already the case with many other MODs, FNF Shootin does not require installation. Just unzip the archive and open the .exe file containing the folder.