Friday Night Funkin’ Battle Royale is a new MOD that allows us to play online against all the players we want, being able to see the scores in real time of each player while the songs are playing. You could say that we are facing an improved version (at least in concept) of another well-known MOD of FNF: Friday Night Funkin’ Multiplayer Online. 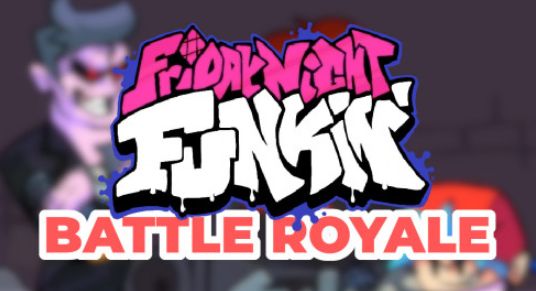 This new MOD incorporates several very interesting new features that accompany the main concept of Battle Royale, including a new global chat between all players. We will also be able to enjoy a new live scoring system, as well as a final screen with the top scores of the round. FNF Battle Royale is undoubtedly a MOD that will change the way we play the game, at least until the game’s official multiplayer mode is released.

How to install FNF Battle Royale MOD in FNF

This MOD does not require installation, as it has its own executable file (.exe), which we must open to play. You will only have to unzip the file you have downloaded.

How to create a Battle Royale server in Friday Night Funkin’

Creating a server to play FNF Battle Royale will be simple once you learn the first time. Also, only one of the players will have to create the server and host the game. After that, he will have to give the IP and password to the other players to join the room. You can find more details on how to create a Battle Royale server in FNF at this link.