FNF VS Opheebob is a new MOD for Friday Night Funkin’ that includes new songs and skins for the Salty’s Sunday Night MOD, offering an interesting reversal of it. In this MOD we get to enjoy an unofficial sequel that delves deeper into Bob’s friendship with Opheebop. 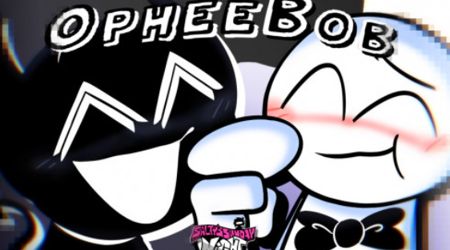 VS Opheebob FNF MOD only contains one original song, in which BF is replaced by playable Bob and our opponent will be Opheebob. The MOD also includes several songs that were already included in the MOD on which it is based, but changing BF and GF for the new Bob and Opheebob.

Overall, it is a rather peculiar MOD in terms of the story it contains and, despite being a fanmade reversion, it focuses on a part of the story that does not appear in the original. Considering all the songs it includes, it can be said that it is a pretty complete MOD.