Download FNF VS Minus Annie – New MOD for Friday Night Funkin’ that includes a new character, Minus Annie. This is a MOD based on the famous Minus style present in other MODS that we already know, specifically the MOD that has the same character as the main character: VS Minus Annie. We are facing a MOD that not only offers new skins and a redesign of the character, but also includes new remixes based on the songs of the MOD mentioned. 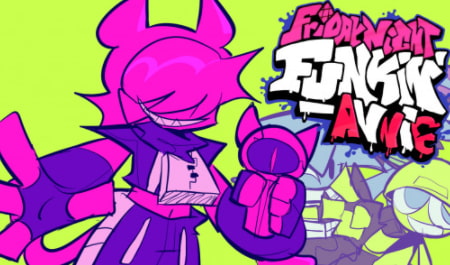 Graphically, FNF VS Minus Annie offers a new custom background, new Minus skins for GF and BF, as well as a stylized design for some Minus versions of BF. It also has a customized start screen, and cutscenes with dialogues. This MOD stands out especially for the design of the antagonist character Annie, as it is much more stylized than the original and has numerous details. In addition, this MOD offers a spectacular musical quality.

New features in VS Minus Annie FNF MOD