FNF X RED is a new MOD for Friday Night Funkin’ that allows us to unlock a new week in the game, which features a new opponent, RED, sent by Daddy Dearest to try to kill us. Downloading and installing this MOD will give you access to a new unpublished week within the game, which you would not be able to access in any other way. 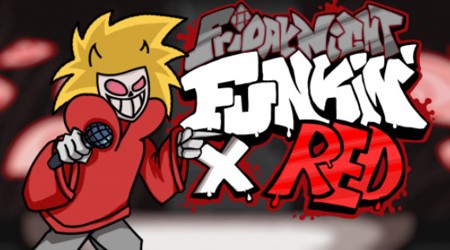 The VS RED FNF MOD week features 3 new songs (Examination, The-real-deal and summing-up), all with custom charts. In addition, like all quality MODs, FNF X RED has custom backgrounds to set the mood for this new battle within Friday Night Funkin’.

Although it may not be the MOD with the best songs or the most difficult charts, FNF X RED adds a whole week of content to the game, which is always appreciated by any true fan of FNF MODs.

This new MOD already has its own executable included among its files, so it will be as easy as unzipping the file you downloaded and opening the executable file containing the resulting folder.