VS Shyrell FNF MOD is a new modified version of Friday Night Funkin’ that allows us, among other things, to replace Boyfriend’s skin with the new Shyrell and slightly redesign details of the game in general. Downloading Shyrell FNF MOD will give you access to unreleased content that you could not enjoy in any other way. 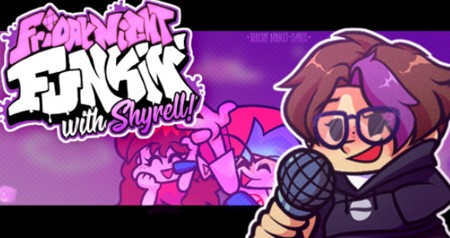 Unlike most FNF MODs, Shyrell FNF MOD does not add new songs or new opponents to the game, but focuses on other details. The main attraction of the MOD is undoubtedly the new Shyrell Skin, plus the bride will no longer be alone watching the battles: now she will also be accompanied by the groom.

All the Backgrounds of the different weeks have been edited to give them shades to match Shyrell’s colors. We can also see a retouching of colors in the game arrows, which will also be adapted to the colors of Shyrell’s skin. Although it’s not really a MOD that adds new gameplay (i.e. new weeks and songs), it’s a new way to enjoy the original version of FNF and all its songs.

How to install VS Shyrell in FNF

This MOD already has its own executable file, so it is unnecessary to install it. Simply unzip the file you downloaded and open the executable file of the MOD.

Trailer and Review of VS Shyrell FNF MOD (Video)