Friday Night Funkin’ VS Papyrus Remastered FNF MOD is a new reversion of the whole aesthetic part of VS Papyrus, a MOD that became quite famous a few months ago. It can be said that the MOD has gained quite a bit of quality with this rehaul, as the previous version looked a bit weird. 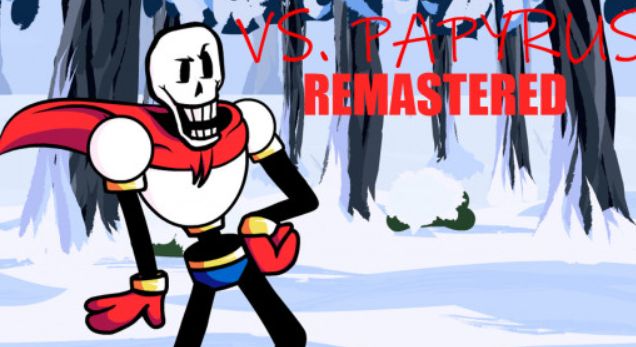 In FNF VS Papyrus Remastered you can enjoy just a new song, which despite offering a very entertaining gameplay, does not have a great difficulty. It’s a pity that the MOD doesn’t have a couple more songs, since the only one available is quite good.

In general, what stands out most in VS Papyrus Remastered is the new skin and the new “stand” in which GF has been placed in this MOD. It also includes a new background, but it is not one of its strengths.

Latest updates for VS Papyrus Remastered