Download FNF VS Neo Impostor – New MOD for Friday Night Funkin’ of those that we like so much, because here comes a new appearance of the Among Us Impostor in FNF, but this time we will have a NEO version that looks really cool. Ready to start enjoying? 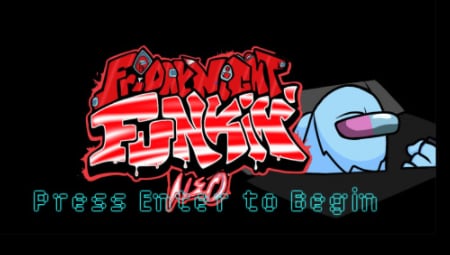 VS Neo Impostor offers us a new week that includes three songs called “Sussus-Moogus”, “Sabotage” and “Meltdown”. These songs offer great sounding beats and include different melodies and sound effects from the Among Us game itself. In the first two songs BF will face NEO Impostor while in the third one the confrontation will be against NEO Pico. We are facing a MOD that, although it has good music, stands out especially for its graphic design.

Graphically, FNF VS Neo Impostor offers new custom backgrounds in which we will see the Among Us ship with a NEO style and with some spectators (crewmates). In addition, we will have a new NEO skin design for the Among Us Impostor, with a black color and a two-color visor. We will also have NEO skins for BF, GF and Pico, being Pico the most remarkable one.

This MOD offers its own custom menu, which has the music of the video game, and other elements such as custom home screen and cutscenes with dialogues. All in all, this is a MOD that has everything needed to be a great release, as it merges good music with good designs and characters that we love.