Download FNF VS Monkey – New release for Friday Night Funkin’ that includes a new week for the game, which stands out for the quality of its content, both for the music and for the graphic additions. This MOD includes a new character, Monkey, which is accompanied by a new special background in which other characters appear (and there is even some reference). 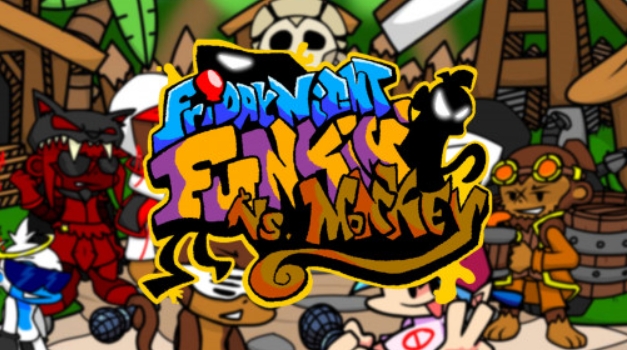 The MOD offers a similar amount of content to many others, but offers more interesting confrontations than average, despite its simplicity. It wouldn’t be bad to be able to enjoy a 2.0 version in the future, as the base of the MOD is already very good.