VS K.K. Slider is a MOD for Friday Night Funkin’ that allows us to introduce one of the most famous characters of Animal Crossing into FNF, including a new week in which we will share the stage with him during one of his concerts. This is the best Animal Crossing’s MOD for FNF that has appeared to this day. 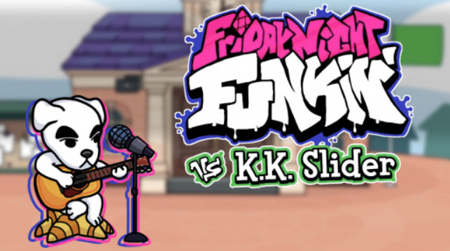 VS K.K. Slider features a total of 3 new songs, which are inspired by the Animal Crossing game itself. All the charts in this MOD are quite easy to beat, except for the end of the third song, which is quite a bit more difficult than the rest of the MOD. Regarding the artistic part of the MOD, it is clear that it gets a pretty high note, because you can see the effort that has been put both in the skin of K.K. Slider and in the background that accompanies the week.

The MOD, despite being highly recommended, has small bugs that would be nice to fix in future updates (such as the vowels, which do not sound quite right, or some areas of the charts).