FNF VS Flaky (Happy Tree Friends) is a new MOD of Friday Night Funkin’ in which we will face several of the characters of Happy Tree Friends, being Flaky the initial protagonist. A total of 4 new characters are included: Petunia, Giggles, Flaky and Flippy, all of them from HTF, a series that is growing in popularity. 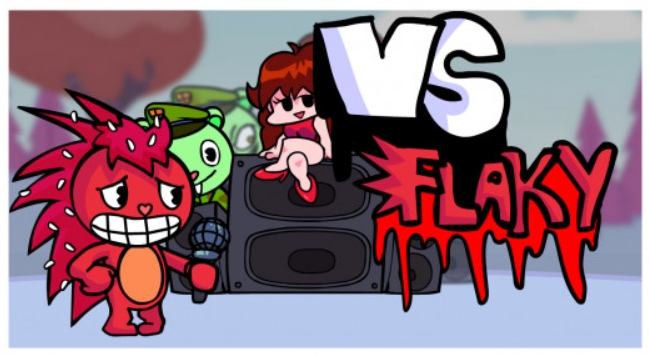 This MOD, which has been inspired by the famous MOD VS Flippy that appeared a few weeks ago, has a total of 4 new songs, the last of them special (containing Gore, as in the original series). In the first two we will face FNF VS Flaky, in the third we will face all 4 characters, and in the last one only Flippy, as he will kill all the others.

It is a MOD that does not yet contain new cinematics or dialogues, but it has already been announced that it will contain future updates that will offer new content. Anyway, the content that matters, the gameplay, is already pretty good and offers a new week of quality. Quite recommendable overall.

New features of FNF VS Flaky

Latest updates for FNF VS Flaky