VS Darkon is a new MOD for Friday Night Funkin’ that adds a new week to the game that is practically impossible to beat (and I’m not exaggerating). Downloading this MOD is not recommended for those looking for an easy MOD, as it’s one of the hardest you’re going to find (it’s so hard that it’s no fun unless the hard stuff amuses you). 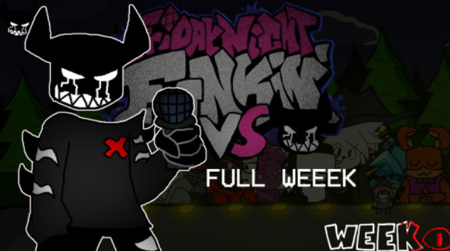 The new VS Darkon week includes 3 new songs, in which most of the time the charts will be moving all over the screen and mixing with those of our opponent. Considering that the charts in this MOD would already be difficult to beat in the normal mode of the game, this constant movement of the charts makes it unfeasible (at least in the first attempts).

Although the MOD in general is fine, what really makes it stand out is its difficulty (and it’s not even entirely well designed, as in other difficult MODs). As we’ve already said, it’s not recommended to download it unless you’re looking for very complicated challenges within FNF.

How to install VS Darkon in FNF

You will not need to install this MOD, as you will only need to open the .exe file containing the MOD file folder.

Trailer and Review of VS Darkon FNF MOD (Video)