Friday Night Funkin’ VS Cassandra is a new MOD for FNF that introduces one of the villains of Pico’s School, Cassandra, in what is a new unprecedented week for the game. Download VS Cassandra will give you access to a new quality MOD of the Pico’s School saga, which features other quality titles such as Friday Night Shootin’.

VS Cassandra features a total of 3 songs, and follows the same structure as many other MODs: our opponent will adopt a final evolution that will give her another appearance. One of the most interesting details of the MOD is undoubtedly Cassandra’s skin, which is full of details and follows the FNF style very well. The difficulty of the MOD is not too high, and the truth is that the last song is easier to overcome than the second one, something that is not usual. 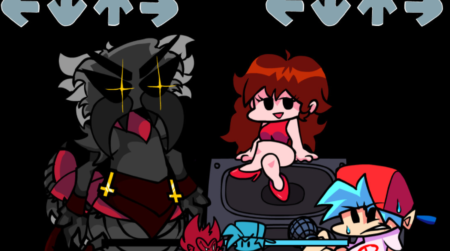 In the third confrontation we will be able to enjoy a sadder song, in which the charts will move slowly making circles, but the difficulty will not be very high, as we have already mentioned. In addition, the MOD is accompanied by dialogues that introduce us in the history of Cassandra. Undoubtedly, a MOD that every fan of Pico’s School should try, as it has a pretty good quality in all aspects.

Update 1.2 (26/06/2021) – VS Cassandra has received a new update, which includes a new background for the week, new secrets, new colors for the arrows, and many other new features that you can’t miss.

New features of VS Cassandra in FNF