StarCatcher FNF is a new MOD for Friday Night Funkin’ that focuses on renewing the game completely, giving a space atmosphere to both the different stages and the new skins. Despite keeping the same opponents, all of them have undergone a small redesign to suit the theme of the MOD, also including BF and GF. 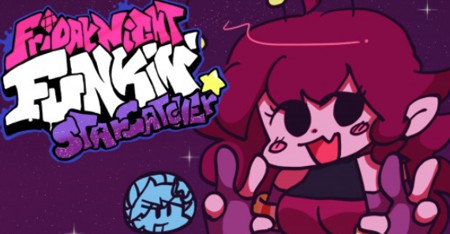 For now, Starcatcher FNF MOD incorporates a complete redesign of the first 4 weeks of the game, with weeks 5 and 6 to be released in future updates. Currently the MOD already has 13 new songs, all of them with new charts that are very well designed.

Friday Night Funkin’ Starcatcher is undoubtedly one of the most incredible FNF MODs that can be found today on the internet, and that’s not even counting that the last two weeks of the MOD are still to be published. Very few are at the height of Starchatcher, since the most common is to find new weeks with 3 songs, and this MOD already has 13.

What does StarCatcher FNF MOD for Friday Night Funkin’ include?

How to install StarCatcher in FNF

This is one of those MODs that already incorporates its own executable file, so you’ll just need to unzip the file you downloaded and open the executable file containing the resulting folder.