VS Slaughter Me Funkin’ FNF MOD – New modified version of Friday Night Funkin’ that includes 3 new characters inspired by Slaughter Me Street. It is a rather peculiar release that includes new entertaining and quality gameplay and a very interesting final showdown, although it does not feature differentiating elements such as cinematics or dialogues. Still, the gameplay, which is what is really important, is of good quality, as we have already mentioned. 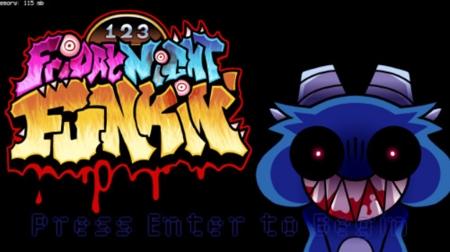 In FNF VS Slaughter Me Funkin’ you can enjoy 3 new songs in total, two of them remixes inspired by original Slaughter Me Street songs, and the last one totally original, composed by the MOD developer. All the songs are quite interesting, although the last one is the real banger of the MOD, offering a higher difficulty than the rest of the week.

The most remarkable detail in the graphical aspect is undoubtedly the new final skin, which appears in the third song, merging the 3 characters that appear in a single one, composed of parts of the others. In addition, the first two songs include the peculiarity that the 3 characters participate interleaved in each song.

New features of VS Slaughter Me Street FNF MOD

Download VS Slaughter Me Street for Friday Night Funkin’

Latest VS Slaughter Me Street updates