Download Sarvente’s Mid-Fight Masses HD Version FNF MOD – New remake in HD of Mid-Fight Masses very well worked. We will have enough songs to be a single week in this release, a good graphic and visual work since it is a HD MOD, and we will also have their cutscenes and dialogues with which we will see how the plot develops. 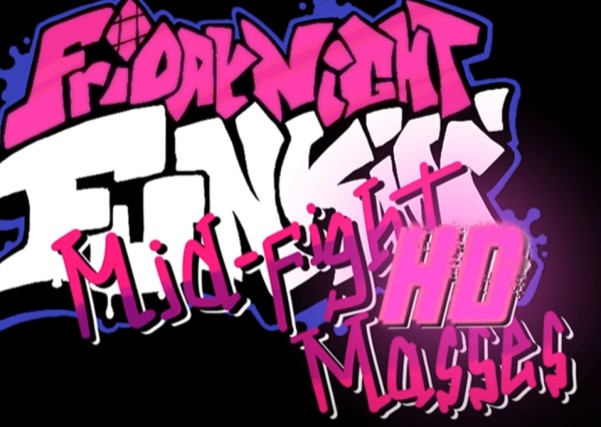 Regarding the songs, the MOD brings us a new week, with 4 exclusive songs, with different styles between them, we will have some more calm and easy to play, and others like the third song that will be a challenge in all rule. We highlight again the third song where we will have a custom Arrows. In total we will have 4 songs as we said and later if we overcome them we will access a Bonus Song.

In what has to do with the visual section, Sarvente’s Mid-Fight Masses HD being a MOD HD we can already imagine that the visual aspect of the characters is quite accomplished, and so it is actually. But in addition to this we will have a home screen and custom menus, some Cutscenes, dialogues… Overall this is a fairly balanced MOD and with the great strengths that brings quite a few songs, and a good graphic quality to be the first week of the MOD.