Friday Night Funkin’ Harrowing Echoes is a new MOD for FNF that for now is in DEMO phase and contains 2 new songs for the game, grouped in a new week for the game. It is planned that for the final version, which will be released in a while, the MOD will contain 2 complete new weeks, including more characters, scenarios, songs and even a new mechanic. 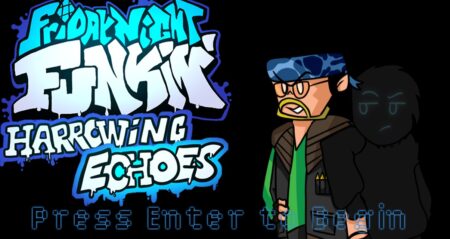 With FNF Harrowing Echoes you will be able to face (for now) a hitman who has been sent by Daddy Dearest along 2 songs. The confrontations will take place in an alley that contains references to other MODs, and are accompanied by different cinematics and dialogues. In addition, the MOD tweaks other details such as the notes, which have a new design (and in the second song are repositioned in a special way).

This MOD also adds a new skin for BF, which matches the style of the new character. The skins have a somewhat strange style, as it does not quite mimic the style of the game, but it is a minor error that can be easily solved. We will wait for the full release to be able to judge well this release, which looks pretty good.