Download VS Zardy HD FNF MOD – New HD Fanmade version of VS Zardy and his Foolhardy song, which became so popular in the early days of the MOD community. Following the line of the last months, now the MOD has received this HD reversion, which includes new Sprites of Zardy, BF and GF, being the first the only original one (as the others are part of the famous FNF HD). 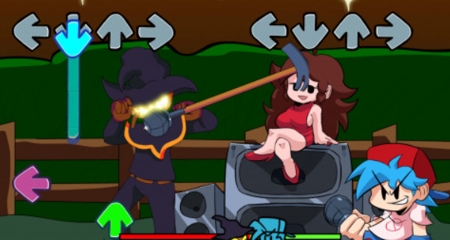 This new reversal also tweaks the iconic scarecrow’s signature background of the week, and adds certain effects to Zardy (such as his new eyes). Unfortunately (or fortunately, depending on your opinion), this new fanmade reversion does not include remixes of the songs, which are exactly identical to the original version.

As I said, this is not the first HD remake that appears, being something already quite common in the day to day life of the MODs community. Other interesting releases of the same style were Shaggy X Matt HD or VS Shaggy HD.