Friday Night Funkin’ VS Tree is a new MOD for FNF that, although it may confuse us by its appearance, offers new songs very difficult to beat that add new interesting gameplay to the week. Downloading this MOD will give you access to a new exclusive week of FNF, and a separate bonus showdown. 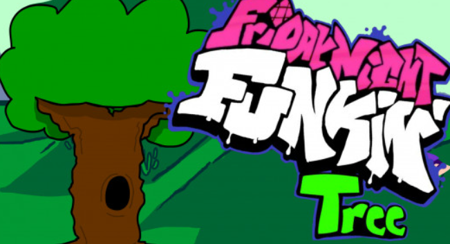 In the new week of the MOD we will face a tree in 3 new songs that stand out especially for their difficulty, as we have already mentioned. While the charts themselves are not very complicated (at least not as much as other MODs), VS Tree introduces the movement of the arrows in different patterns to distract us and make it more complicated to hit the notes at the right time. The truth is that this mechanic adds a lot of difficulty to the songs, which at times are almost impossible to overcome.

The artistic part of the MOD is not exactly what makes it stand out the most, but it is more elaborate than it seems, since our opponent changes his appearance along with the background, which also changes as we advance stages. It is worth mentioning that in the bonus week included in this MOD we will be able to face a duck in a quite funny confrontation.

In general, it is a recommended MOD for those players looking for the most difficult charts possible, with almost impossible challenges to overcome. If you are a casual FNF player, this MOD will probably bore you a bit.