VS Static FNF MOD is a new modification for Friday Night Funkin that includes a new full week in the game, with a total of 5 new VS Static songs. Downloading and installing this MOD will give you access to unreleased content that can’t be found in the original game, being this one of the most recommended Full Week MODs of the last days. 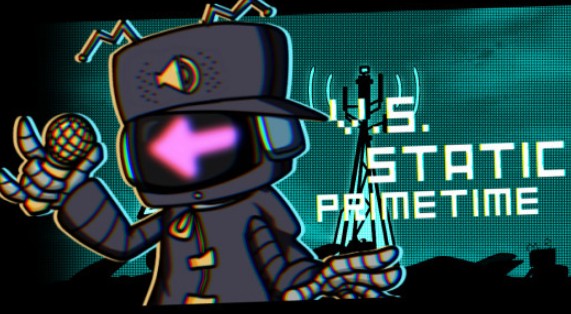 For now, the VS Static showdown only features one song, but the developer has already warned that in the future this MOD will become a full week for the game (unofficial, of course). The new skin is pretty cool, and the charts, which have been updated by the developer at the request of users, seem to be pretty good. It’s a nice teaser that can show us what we can expect from the future two songs that will be added to VS Static in future updates.

Update 04/05/2021 – The MOD has already been updated, and now features a total of 5 new songs, some of them secret. This new update has exceeded expectations and has made this MOD a “must-have” for every FNF player. The songs (and their charts) as well as Static’s skin and the new background perfectly fulfill their function. This MOD can undoubtedly take an 8/10 as a general note. In this new version there are also new dialogs.

It can be easily downloaded from the following Google Drive link.

How to install VS Static MOD in FNF

As this MOD replaces Pico for now, you will need to install the MOD files inside the original game files folder. To do this you just have to paste the files at the height of the executable files, and replace all those that are repeated.