Friday Night Funkin’ VS Poly is a new MOD for FNF in which we will face a Nintendo GameBoy rather unhonorable, which we will face in a new exclusive week for the game. FNF VS Poly is a MOD that, despite not particularly standing out for anything, meets the necessary quality levels in each of the basic aspects that can be analyzed. 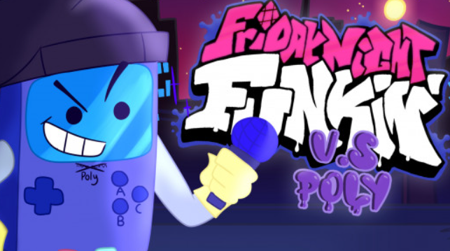 The work of the developers is clearly reflected in the artistic part of the MOD, which includes the skin of Poly (GameBoy) and a new background that sets the confrontation in a city street. The aesthetic style of the assets of this MOD is personally one of the ones I like the most for FNF MODs, since sometimes less is more. All this is accompanied by quite funny dialogues in which Poly proves to be a real asshole.

The new MOD week contains 3 new songs that, in general, have quite affordable charts for the average FNF player. That if, the third song in HARD level can put in trouble more than one (to me, for example), since it has quite complicated areas in which you will probably fail several notes if you’re not pretty good.

New VS Poly features in FNF