VS Matt 3.0 (Wiik 3) FNF MOD is a fanmade version of the third week of one of Friday Night Funkin’s most difficult (and most popular) MODs to date. It certainly lives up to what you might expect for the real week 3, which will be released by the original developers in the future. 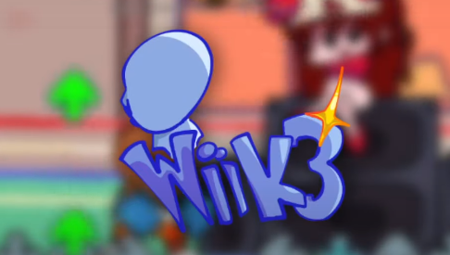 The Wiik 3 of this new MOD VS Matt 3.0 contains 4 songs that keep 100% the essence of the original MOD: to be as hard to beat as possible. The charts of this MOD are some of the most difficult you’re going to find, just as it happens with the official version of Wii Funkin’. It should be noted that this MOD does not contain any new features beyond the 4 new songs and their charts, since everything else belongs to the content included in the original MOD.

The truth is that this MOD is the result of the Wii Funkin’ developers publishing the source code of the MOD so that anyone could use its content. Hence arises this new fanmade version, which mimics what already happened in the past with other famous MODs.

If you’re wondering if this MOD is truly worth trying, or if it lives up to the original MOD, the answer is YES. Probably the official Wiik 3 is even better, but there is no denying that this MOD offers us a new week that keeps the essence of “MOD Impossible” that can be found in the original.

Latest updates to VS Matt 3.0