VS Burrows is a MOD for Friday Night Funkin’ in which you can face Major Barrows, from Super Mario Galaxy, in a new week in the game. Downloading this MOD will allow you to enjoy fresh content for FNF, never seen before. 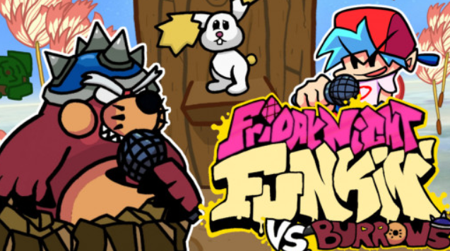 FNF VS Burrows is a MOD that for now only includes one song, Gusty Garden, which can already be tested in the DEMO version of the MOD. In a few days/weeks we will be able to enjoy the full Full Week version with 2 or 3 more songs. From what we have seen so far, the MOD can be quite complicated to beat, as the first song is not as easy as those in other MODs.

While waiting for the final release of this MOD, you can try some of the other FNF MODs we have posted on FNFunkin.