VS Broken FNF MOD is a new version of Friday Night Funkin’ which, apart from adding a new week against Broken, includes high difficulty recharts from weeks 1 and 2 of the game. It is undoubtedly a MOD especially created for those players who are looking for very difficult songs to beat, which they have to repeat over and over again until they master them. 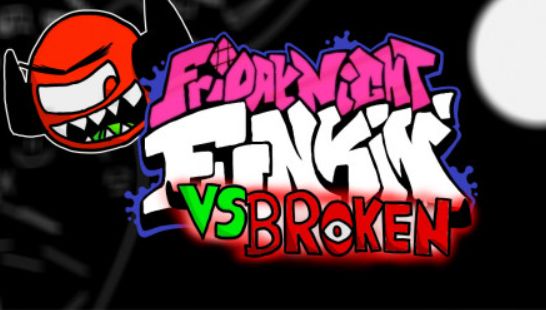 The new week that includes this MOD has 4 new songs, which stand out for the great difficulty of their charts. It should be noted that this MOD has only one difficulty level, EXPERT, which replaces all the others. Without counting all the other content of the MOD, the new week is certainly highly recommended, especially for the music and its charts (the artistic part is already quite normal, but it complies).

In addition to this full week, the developers are gradually creating EXPERT level recharts for each of the existing weeks in the game. For now we have the recharts for week 1 and week 2, as well as for the game tutorial. These are high difficulty recharts that many players will find impossible to overcome (at least I have not been able to overcome them).

To all this content, which is not little, we have to add all the details that retouches this MOD, from the sounds of the menu to the songs of the death animation, among many others. It is generally a highly recommended MOD for more experienced players, looking for a more complicated reversal of Friday NIght Funkin’ itself, or enjoy a new week very difficult to overcome.