Download FNF Remorse but Fine – New MOD for Friday Night Funkin’ that includes new sprites for the song “Remorse” by MOD Updike, in which we have a very peculiar protagonist that appears in Whitty’s secret week. A few months ago, Updike had an update in which the Updike character was remastered and new elements were added to the Remorse song, so this MOD changes things from that update. 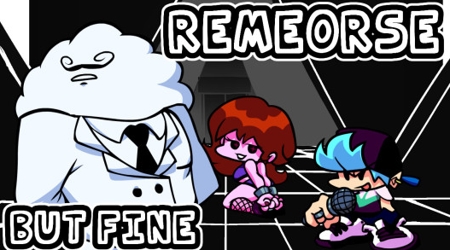 It is a MOD that offers some changes in the musical elements of the song, besides offering mostly visual changes. We will have a new custom background and new skins for BF and GF, quite different from those that appear in the original MOD. In addition, the bodyguards that trapped GF in the original MOD are removed.