Friday Night Funkin MEGA MIX MOD is a MOD Pack for FNF that includes a large number of famous MODs in one, so that we can access a lot more content in a single MOD. To give you an idea, the most famous FNF MODs usually weigh about 200MB, and FNF MEGA MIX MOD weighs more than 1GB, so you can imagine all the content included. 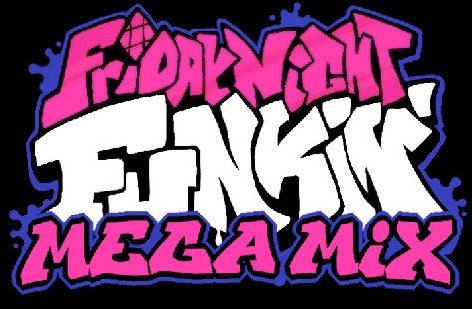 Among the MODs included in this incredible Pack, you can find some of the most famous of today, such as NEO, Monika, Beach Brother, VS Whitty, B-Sides or Vanilla+. All the MOD content will be accessible from the Freeplay tab, where you will be impressed by the amount of different songs you can access.

If you are looking for new challenges in FNF, you should download FNF MEGA MIX, since as of today it is the MOD that adds the most content, even if it is by compiling other MODs. Simply put, it is a very convenient option to not have to be constantly changing MODs.

What is included in MEGA MIX FNF MOD?

MEGA MIX already has the executable file that allows it to run on its own without the need to install it on the original game. Simply unzip the file you have downloaded and enjoy all the content it includes.