Vance! Chainsaw Dance FULL WEEK is a new MOD for Friday Night Funkin’ very peculiar, in which both BF and his new opponent, Vance, have to dance instead of sing, since they have no microphone. If you are thinking of downloading VS Vance for FNF, don’t hesitate for a second, as it features the funniest animations for the game’s characters that have appeared in recent months. It should be noted that this MOD is inspired by Chainsaw Dance, another Rythm game very similar to FNF. 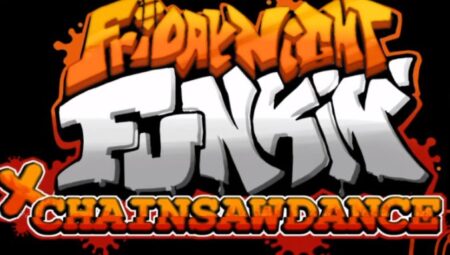 The most remarkable thing about this MOD is undoubtedly the curious idea from which part, since both BF and Vance will have to press the notes dancing, which will give rise to a very curious battle that we are not used to see in FNF. Also, you have to check out Vance’s double note animations, who will literally bend down in impossible positions to use his two hands to play note combos. The MOD redesigns certain additional details, such as the game’s arrows. 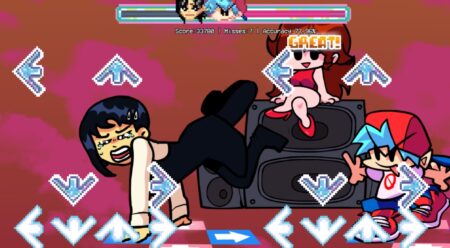 In Vance! we can enjoy 3 songs (somewhat short, to be honest) that would be much better if we didn’t have to listen constantly to the sound of the footsteps of both opponents. It’s funny at first, but in the end it’s a noise that makes the music worse, and in FNF the ideal is that the notes of BF and his opponents contribute something to the song. These small errors aside, it is a quite recommendable MOD that at least offers something never seen before in the game (which every day is more difficult to achieve).