Friday Night Funkin’ VS Thony (Disco Battle) is a new MOD of FNF in which we will face Thony on the dance floor of a crowded nightclub of spectators who want to see the magnificent spectacle. Among the details that make this MOD stand out the most we can point out the style of Disco music that contain all its songs, as well as the great difficulty that has to overcome the whole week. 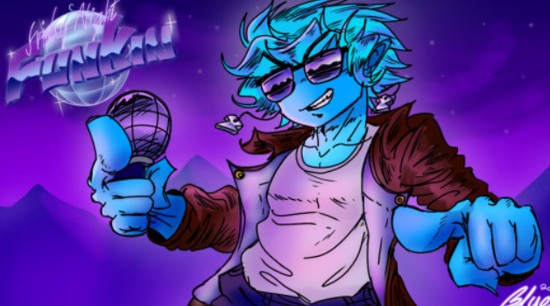 In FNF VS Thony there are 3 new songs for the week, and a bonus song in case you manage to beat it. The most spectacular confrontation is as always the last of the week, in which the music will be much faster and, therefore, more difficult to follow. In this third confrontation we will be able to enjoy different visual effects and in the charts that will increase the difficulty even more.

The design of the MOD sprites has a marked style, which can be noticed both in Thony’s skin and in the background, in which you will be able to recognize a couple of characters. It is one of those MODs that at first glance give an impression but then end up offering, as it has details such as custom music for menus or new designs for the notes, among others.

Latest updates for VS Thony