Friday Night Funkin’ VS Fizz is a new MOD for FNF that stands out for the high quality of all the content included in it, especially if we talk about its artistic part, which is a top tier MOD without any doubt. FNF VS Fizz is still in DEMO phase, which includes only one song, but soon we will be able to enjoy the Full Week version. 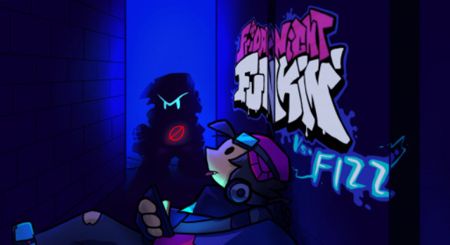 One of the most interesting details of this MOD is its background and setting, which introduces us in an arcade room full of well-known characters from the game. We still can not judge well how the final version will be, but the truth is that it looks very very good. The version of VS Fizz Full Week will be released on August 10, to avoid the release of another big MOD that could overshadow the interest on this one. Until then we’ll have to make do with the DEMO version.

Full Week Update! – Now the MOD includes 3 new full songs, which join the song that we could already see in the DEMO. After this new update, VS Fizz FNF MOD becomes a very good option, being one of the most awaited releases of the week (it was already more than a month since the DEMO version). It is worth noting that the Full Week version has a significantly larger file size than usual.

What is included in FNF VS Fizz Full Week?