Ridley’s Revenge FNF MOD is a new release for Friday Night Funkin’ in which we can enjoy the confrontation between Ridley and Samus Zero Suit, throughout a new full week for the game. The MOD, despite being almost complete, and having been published its Full Week version, still has new features to be added in future updates. 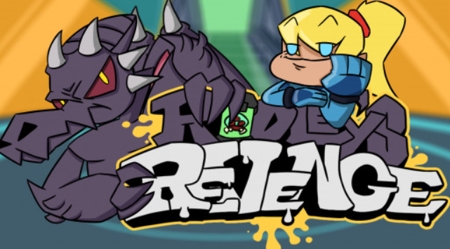 In FNF Ridley’s Revenge you can enjoy 3 new songs, all of them confrontations between Ridleyh (opponent) and Samus (protagonist). The songs of this new week are characterized by their freneticism (except the first one), which is accompanied by quite difficult to beat charts. It is that kind of MOD that can be classified in the category of most difficult MODs for the game.

The MOD also includes two new skins (for the two new characters) and a new background and, as we have already mentioned, there are still some more additions, such as new designs for the notes. We will wait for the future update, as it deserves it.