High Effort B3 Blammed is a MOD for Friday Night Funkin (FNF) that allows you to enjoy a new in-game song, as well as one of the best and rarest in-game transitions ever created in the game. Downloading and installing this MOD will give you access to unreleased (unofficial) content, which will allow you to enjoy new challenges in FNF. 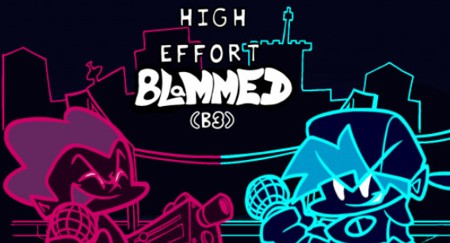 This MOD, which is of the executable type, will only allow us to play the song included in the MOD, removing all pre-existing content in the original game. Although it is not a MOD that stands out for adding a lot of content, the truth is that the new song it adds, along with the transition that we have discussed above, make this MOD worth at least a try. It features Kade Engine to enhance the gaming experience.

How to install High Effort B3 Blammed in FNF

This MOD, as mentioned above, has its own executable file that allows it to run on its own without needing to be installed in the original game.