Five Nights in Anime – FNia FNF is a new MOD for Friday Night Funkin’ that replaces all the characters in the game with new opponents taken from Five Night in Anime. Downloading this MOD will allow you to enjoy the best crossover that has been created to date between FNiA and FNF. 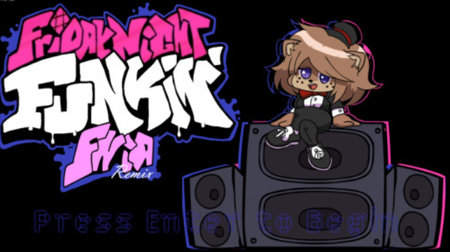 Five Nights in Anime is a fanmade reversion of FNAF characters in anime style. The MOD edits all the skins of all the characters in the game, including BF, for new high quality skins from the FNiA universe. This is the only important new feature included in the MOD, since all songs and charts will be identical to those already available in the original version of the game.

However, the MOD comes with many interesting details, such as new vocals for all characters, or new icons and custom backgrounds for the renewed weeks of the game (even renewed arrows). It is one of the best themed skins MODs that have been created to date.

How to install Five Nights in Anime in FNF

This MOD already has the .exe file that you can open to play the game. In this case, the game will only contain the song included inside the MOD.