FNF Clay MOD is a new version of Friday Night Funkin’ that focuses on renewing all the skins of the game by reversions made with clay. Downloading this MOD will give you access to one of the most visually creative versions of FNF, and one of the few graphical reversions of the original FNF that is really worth trying even if it only revamps the skins. 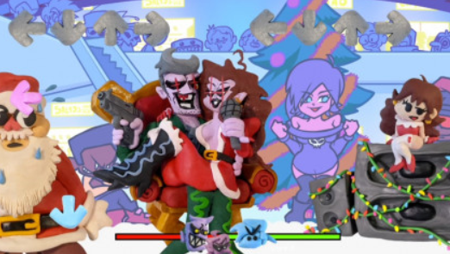 Clay FNF MOD aims to revamp the entire game with these new clay skins. Currently a new update has just been released in which the new week 5 reversal has been included as a new feature. This new feature is added to the already pre-existing weeks 1, 2, 3 and 4. It should be noted that this MOD does not add new music, it simply focuses on the visual part of the game.

It is a recommended MOD for those who want to replay the original songs with a rehaul of the artistic part of the game. Hopefully we will soon be able to enjoy the reversion of week 6 of the game.

Update 2.0 06/16/2021 – Clay MOD has received an update with week 6, the last one left to include in his MOD. In addition, the MOD now with an .exe file that allows us to play it directly without the need to install its files. With this update, the MOD is complete for now.

What does Clay MOD FNF include?