VS Liz is a new MOD for Friday Night Funkin’ that includes a new in-game week. Downloading and installing Liz Full Week will give you access to new content for the game, including new songs, new charts, new opponents and new dialogues. 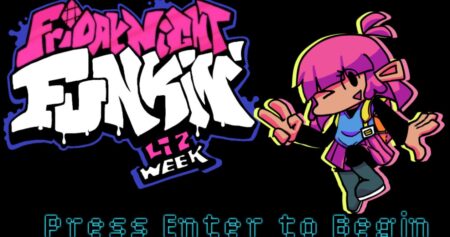 As you can see, VS Liz has everything a FNF MOD player needs. Each of the 3 stages features new custom charts, which are neither too easy nor too difficult. The new skins included, along with the new backgrounds and new music, give an incredible atmosphere to the MOD, which is fully recommended by FNFunkin.

It is one of the most remarkable new MODs, and has a lot of room for improvement, since only its first version has been released.

How to install VS Liz in Friday Night Funkin’

This MOD already has its own executable, which allows it to work without the need to install it in the original game. You just have to unzip the file you downloaded.