Friday Night Funkin’ VS Girlfriend FNF MOD allows us, at last, to face one of the main characters of FNF: GF. The MOD, called Date With GF, will allow us to finally have a confrontation with Girlfriend, who in the original game only takes action in the tutorial, and after that just watches us.

VS Girlfriend contains 3 songs in which we can notice certain similarities with the tutorial, since the position and animations of GF are the same, and their vocals as well. The songs are pretty good, although they are a bit short and do not have a very high difficulty, so most players will be able to get through the week quickly. In addition, the MOD is accompanied by dialogues that will tell us the story about the BF and GF date, which takes place during this MOD. 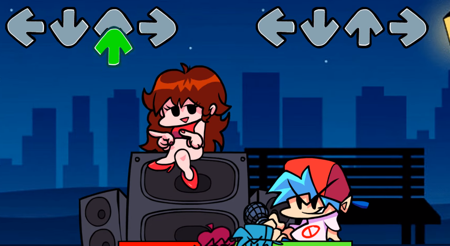 Overall, the most noteworthy aspect of this MOD is that it pits us against GF. Probably, without that element, your week would be much less interesting. Likewise, it is a recommendable MOD as its content is of quality, but don’t expect any Tier S wonders, as this MOD is not.