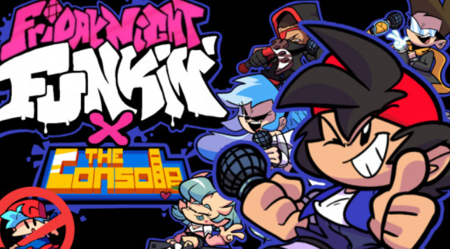 Friday Night Funkin’ X The Console doesn’t feature new songs, but the artwork, including new skins and backgrounds, is simply stunning. Both the quality of the content and the large amount of it are very high, which offers us a totally different experience within the game. The only downside of this MOD, as we commented, is that it does not include new songs, which would be the icing on the cake.

Apparently, The Console is a group of friends or community in which the developer participates, to which he wanted to pay tribute by including several of his friends as characters in the game. Although a random user may not care much about the lore of this MOD, the truth is that the level of quality of the new skins and how well they combine with the new backgrounds is not something easy to find among FNF MODs.