Download Corruption VS Monka FNF MOD – New release from Friday Night Funkin’ that combines two of the most famous MODs of the game in a new combined remix, in which Evil Boyfriend will face Monika. It’s quite an interesting Remake, developed by Friday Night Central, which still has some details to be polished, but already offers a new week of quality. 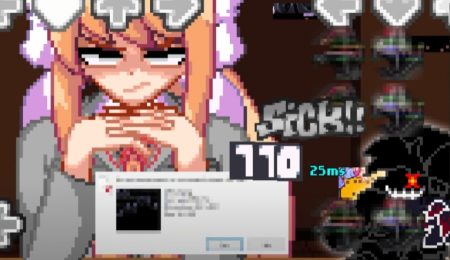 In FNF Corruption VS Monika is included a complete renovation of most of the content of the MOD on which it is based (VS Monika), introducing new songs, new sprites and new details (such as dialogues), which completely change the final result. The new songs included, which obviously also bring new charts, are one of the strong points of this combined remake.

The idea of combining these two MODs has been undoubtedly very good, although as we say there are still some details to be polished in the MOD to be able to say that it is truly complete. In addition, it should be noted that this version also includes a remake of the final confrontation VS Monika.