The new week 7 of Friday Night Funkin’ (Unblocked) has been published just a few hours ago and you can already play online in our website right now a “preview” of what will be the new update of the game. 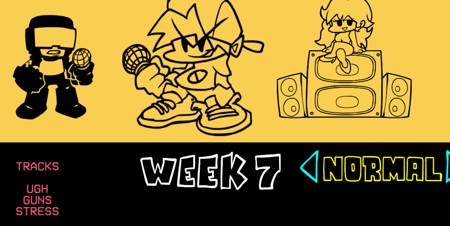 What can already be confirmed is that week 7 includes Tankman as a new opponent, with 3 new songs (Ugh, Gang and Stress). The truth is that this was already known many weeks ago, although it could not be confirmed 100%.

The content to which we have had access for now is only a preview, so we can not ensure that the new update has already been released in full. One of the most anticipated features, support for MODs, could be announced once the downloadable version of the game is released.

Shortly after being published on Newgrounds, the servers have not been able to hold and have had to temporarily cut the availability of the new update on the web. But this is not a problem, as we have found an alternative mirror so you can play the game without having to wait for it to be available again on Newgrounds. 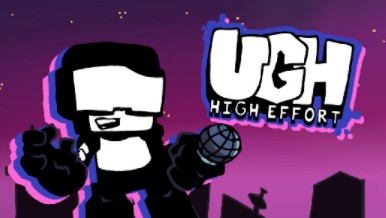 At the moment you can only play the online version of week 7, which is a preview of the new update. As soon as the new update is released for download, we will post the link below. In the meantime, you can download the Tankman MOD that has been all the rage the last few months.

When is Friday Night Funkin week 7 coming out?

Who is the main character of Friday Night Funkin week 7?

It has already been confirmed that the new opponent for week 7 is Tankman.

What’s new to expect in Week 7 of Friday Night Funkin?

Like every week of the game, week 7 is expected to feature at least 3 songs, occurring across 3 different stages. But this is far from the real icing on the cake of the future update, as the new version of the game is expected to add a new support for MODs, which will facilitate the management of your files and easy installation of the same.

The possible official inclusion of MODs in the game is one of the best news that could be expected, as MODs add infinite content to the game. In addition, it has already been demonstrated in recent months that there are MODs so good that they can become part of the history of FNF (such as VS Whitty, VS Tricky, Sarvente’s Mid-Fight Masses…).

Besides this great news, the new Friday Night Funkin’ update brings with it some other good news:

We will keep an eye on the new features as they emerge to update this post with the new information.