FNF VS Ziffy is a new MOD for Friday Night Funkin’ that, despite its simplicity, includes pretty decent songs that will please more than one user. It’s one of those Shitpost that end up being better releases than many other serious MODs. It’s a MOD that lacks a lot of elements, but that doesn’t always have to be a bad thing, as simplicity can also be fine. 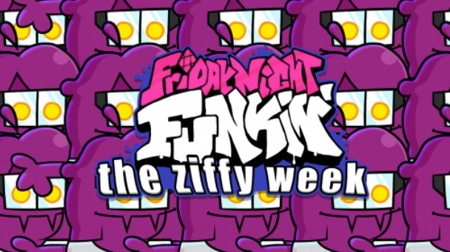 In FNF VS Ziffy a new opponent is included which, again, has a rather simple design, which also does not have the best animations. We will face Ziffy along a total of 3 new songs, all of them of a low/medium difficulty, and with a quite similar style between them. In the Freeplay menu you will be able to access a cover of Ugh, as a bonus per week.

Overall, a fairly simple MOD that offers decent new gameplay, which obviously is not at the level of other major releases. With some improvements (like a new background, for example) the MOD would gain a lot of quality, although the current simplicity is not the main problem.